As the corporate power purchase agreement (PPA) market in Europe grows and matures, more companies are entering the market. Companies of all sizes, from multinational corporations to local governments to energy-intensive industries, are seeing the environmental and cost benefits PPAs bring.

In 2020, a record 51 PPAs were signed by 33 different buyers for nearly 4 gigawatts (GW) of renewable energy capacity. That included 27 companies that signed PPAs for the first time. 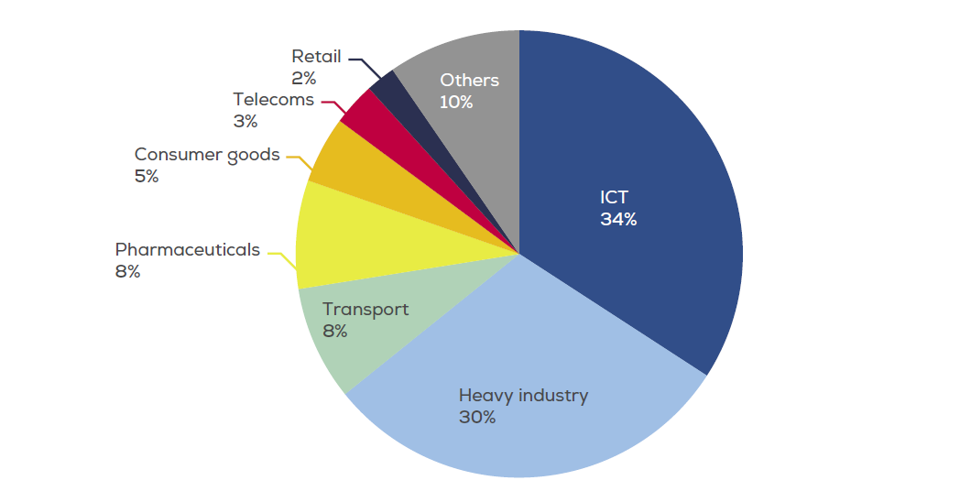 Power & Air Solutions, the energy provider for Deutsche Telekom in Germany, also signed a 10-year PPA with Vattenfall for a new solar farm in north-east Germany. It is expected to have a capacity of 60 MW once it becomes operational later this year. Deutsche Telekom has set an ambitious goal of using 100% renewable electricity by 2021.

Renewable PPAs are just what the doctor ordered

Telecommunications is just one of many sectors discovering the environmental and economic benefits of purchasing renewable energy.

Earlier this year, Danish drug maker Lundbeck announced they had signed a PPA with Better Energy. The seven-year agreement will support the construction of a 34 MW solar farm in Denmark and will enable Lundbeck to meet all their electricity needs from renewable sources.

Uffe Kåre Rasmussen, Lundbeck’s Senior Director for Compliance and Sustainability said, “Since 2006, we have reduced our carbon emissions by more than 70% and this new solar park is the next step towards our ambition of reaching carbon neutrality.”

Lundbeck is not the only pharmaceutical company that is locking in long-term renewable energy agreements. Swiss pharmaceutical company Novartis announced that they signed five virtual PPAs that will provide them with a combined capacity of 275 MW from six renewable projects currently being developed in Spain. These include two wind farms in Zaragoza that will supply Novartis with a combined capacity of over 100 MW. These VPPAs come on the heels of Novartis’ recently signed VPPA with the Santa Rita East wind farm in Texas, USA, which currently provides 100% of the electricity used in Novartis operations in the US and Canada.

As the renewable energy market matures and barriers continue to be removed, we are confident we will see an even greater range of industries unlock the benefits of renewable electricity.

If you want to get started with corporate renewable electricity sourcing, explore our Buyers Toolkit for advice, information and more.